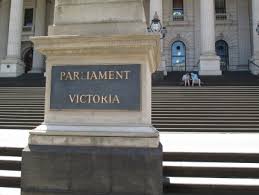 The Victorian Students’ Parliamentary Program aims to provide opportunities that support the civic learning and active participation in democratic processes of all Victorian students. The program also aims to support the professional learning of civics and citizenship education.

In 2017, regional and rural Victorian schools have been encouraged to become involved and to host a Local Constitutional Convention. These conventions provide Years 9 – 12 students with the opportunity to discuss contemporary social and legal issues, especially those relating to the Australian Constitution.

Local Constitutional Conventions will be held in secondary schools (government, Catholic and independent) across Victorian during May and July, with primary and secondary school parliamentary conventions held at Parliament House on 15 August and 12 September respectively.

Students who attend one of the Local Constitutional Conventions across Victoria,  will be eligible to apply to attend the Secondary Schools’ Parliamentary Convention which will be held at Parliament House, Melbourne on Tuesday 12 September 2017. 100 places will be made available to students across Victoria.

Attendees of the Secondary Schools’ Convention can apply to attend the three-day national convention in Canberra the following year.

To host a Local Constitutional Convention, schools need to register their interest by March 20, using the details below.

Convention will be held at Parliament House, Melbourne on Tuesday 15 August 2017. Registrations will open in April 2017. Schools will be able to nominate a minimum of two students and maximum of four, Years 5 and 6 students to attend.