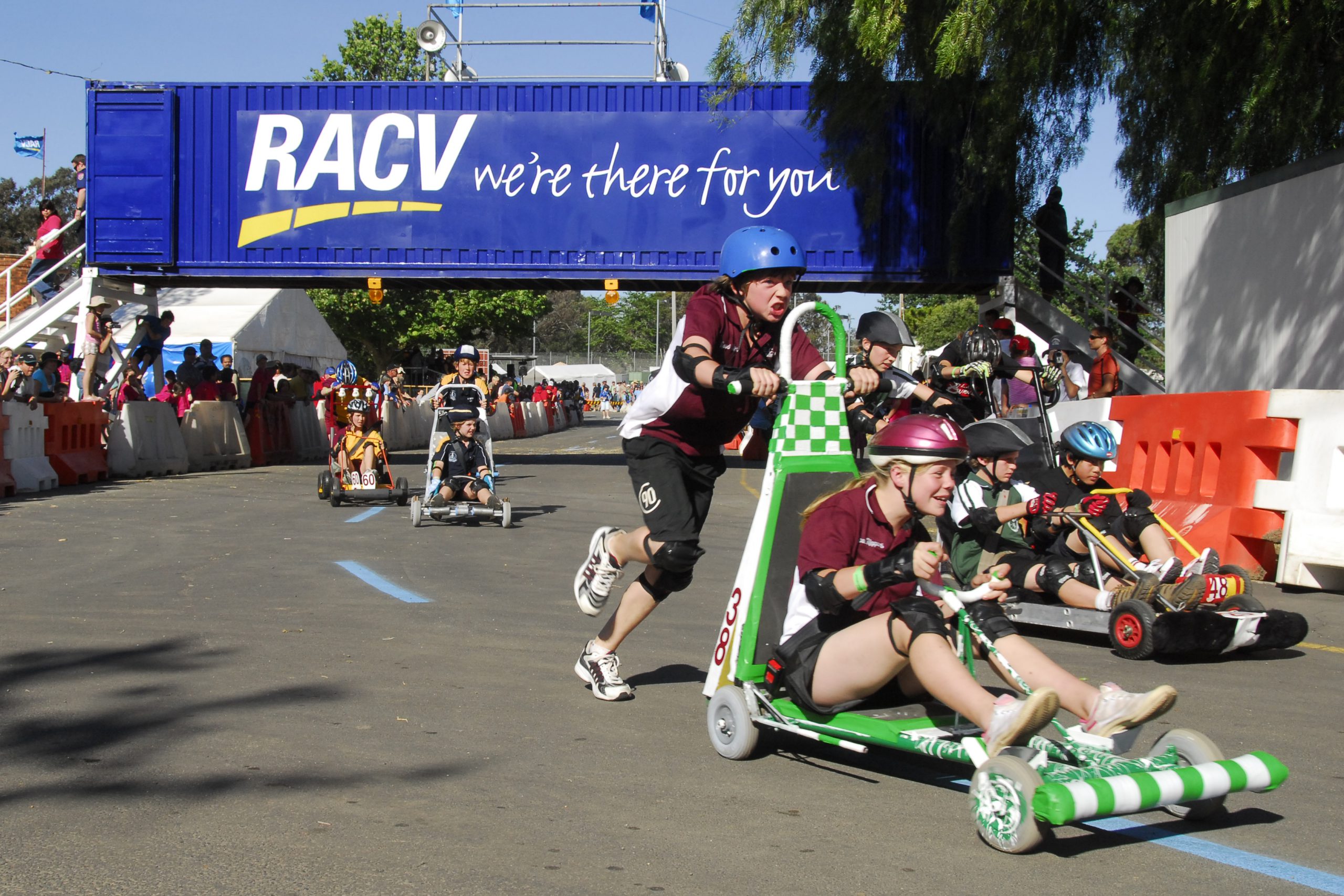 This year saw the twentieth year of Energy Breakthrough in Maryborough in November, with in access of 350 teams and 8,000 people involved in a range of activities and events that showed off students learning from the past twelve months. It now generates in excess of $ 4 million for the Maryborough community.

The humble idea of a couple of rural people who were concerned about the lack of access of their students to technology studies, the first breakthrough was held with 26 teams participating – thanks Judy and Rogo for the idea.

This year saw board members of the three partnering organisations together for a celebratory lunch – members of RACV Board, Country Education Project committee of management and Goldfields Shire councillors all attended to celebrate the twenty years.

As part of the celebrations, the three schools who had participated in all twenty of the event were paraded and acknowledged with a special plaque to recognise their involvement in the event – all the participants not being born when the first event was held. Well done Bairnsdale PS, Morwell Park PS and Maryborough Education Centre. In addition to these teams, a number of people who have been involved in the events over the years also returned to join in the celebrations. Rhea, who has just completed her Master Of Education at University of Melbourne, attended the event as a judge this year after competing with a team from Bendigo Secondary College many years ago.

“It is an experience I will never forgot in my education life – it was awesome and it was fantastic to have the opportunity to have a chance to come back and be involved again”.

In the evening a dinner was held to recognise those individuals who had contributed to the event over the years, and to thank all the organisations and volunteers who have made this event one of the most successful public private partnerships in the state. Recognition was made of John Stafford from CEP, who has been the events co-ordinator for the twenty years; Ernest Litera, RACV who has clocked up 19 years, Martin Mark from the Goldfield Shire for numerous years; and Norm Rasmussan, a volunteer stalwart who was there at the first event.

The event has been recognised on many fronts receiving many awards within the Victorian Tourism Awards over the past years (and actually winning the Major Events category in 2009); winning the state Recreation and Sporting Award in 2008; and receiving the Australian Rural Education award in 2006.