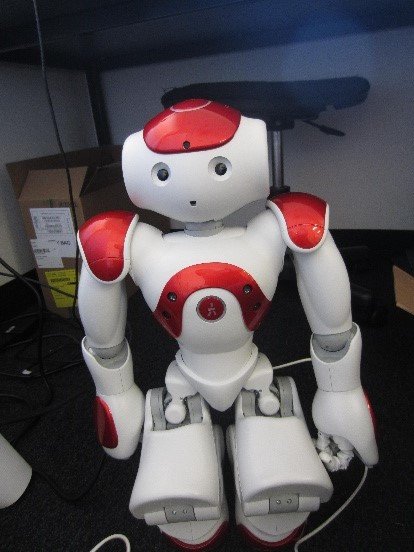 The hidden perks of learning from play!

From humble beginnings of a Lego set and one sphero robot “Techspace” has developed into an extensive and well-resourced area that is exceedingly popular with all students across Rainbow P-12 College.

With a student enrolment of 133 students, Rainbow College is a small rural Foundation to Year 12 school in the far western part of Victoria –  located 400kms from Melbourne and 425kms from Adelaide.

For a small school in a small town, Rainbow P-12 College has thought big. In 2015, a number of school staff saw a US Twitter post about ‘Makerspaces’- that is, an accessible space made available to design and create. With a bit of discussion, they decided to open up a dedicated space each Wednesday lunchtime as a ‘Makerspace’ to all their students from Foundation to Year 12.

Initially beginning with Lego that the school already had, the Makerspace (renamed by the students as Techspace), became popular quickly. Recognising this, the driving force behind the idea, Assistant Principal Colleen Petschel, couldn’t resist but buy more Lego based robots and robotic equipment to enable students to further design and create. By the end of 2015, having already self-funded much of the equipment, Colleen approached the Parents Club who were able to generously donate $3000 and thus, double the existing resources.

Student demand has seen Techspace now available every Wednesday and Thursday lunchtime where up to 20-25 students (usually from Foundation through to Year 6) can be found building Lego, playing with a diverse range of robots, getting sphero to do an Irish jig, coding with Bitsbox or playing on Osmo.

The space includes a range of resources that students utilise in designing and constructing a range of objects, robots, challenging courses and innovative creatures

With a growing number of passionate students, Techspace made a foray into more formalised classes, intertwined with the curriculum. F-6 students were able to undertake a number of five week “Mega-Rotation” mini-courses within the curriculum, electing to study one of the three mini-courses on offer:

The most recent program has seen students construct obstacle courses for rival teams to navigate via coding of their sphero robots.

Alongside this, a number of Year 8 students were (and continue to) work on building their own computer using Raspberry Pi resources in their own recess and lunchtimes.

The students have used the 3D printer to design and build projects for FUSE ( a Year 5-8 multi-disciplinary subject).

On the back of student enthusiasm and teacher passion, in September 2016, Rainbow College School Council approved and funded a Nao humanoid robot to further extend the Techspace initiative. Named Tasnoshi (Japanese for fun), this robot will be used throughout the College, from Foundation to VCE, in a variety of ways to introduce computational thinking, coding and play!

For a small school, this was a big purchase but with whole-school support and a principal who was able to re-think and be creative with his staffing, the expanded program happened.

Aside from the development of students creativity and the explicit teaching that has occurred, there have been many other notable ‘spin-offs’ from the program. As Colleen notes

“students are working in teams and teaching each other, often they are actually able to teach the teachers. Techspace has really been able to provide our school with an authentic cross-age program which provides a rich interpersonal learning environment of mentoring and encouraging”.

Continuing to ‘think big’, when asked where she thinks Techspace will go this year, Colleen is quick to outline the cross-curriculum student showcase that will be presented to the wider Rainbow community in Term Three this year in the form of a Techspace fashion parade.

Completely student driven, Nao the humanoid robot will ‘model’ student fashion designs, entirely programmed to ‘strut’ the catwalk by students. Additionally, students will design the set, provide the music, emcee the evening and promote and cater for the event.