Sophie and Ellie Lead the Way 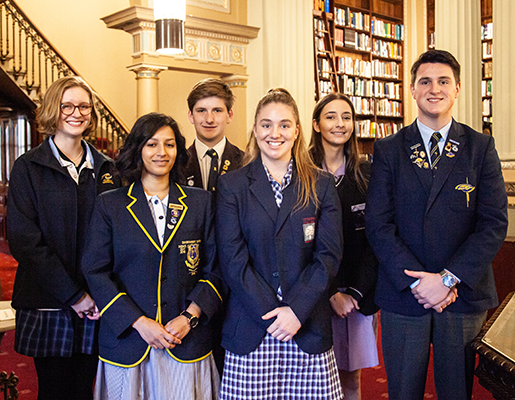 Sophie and Ellie Lead the Way

Two rural Victorian students have been recognised as finalists in the 2019 VCE Leadership Awards.

The students — Ellie Jones from Cobram Secondary College and Sophie-Kate Shaw from Terang College — were among six state finalists chosen by a panel of seven judges from the Victorian Curriculum and Assessment Authority (VCAA) and the Foundation for Young Australians.

Finalists were nominated for their active participation in and contribution to their schools and communities, particularly during their VCE years.

Regional student Lincoln Ingravalle, from Lavalla Catholic College in Traralgon, was named overall VCE Leader of the Year for 2019.

Lincoln was nominated for his outstanding headship through his work as Latrobe City Council Youth Mayor, promoting positive mental health initiatives and child protection practices in his community. 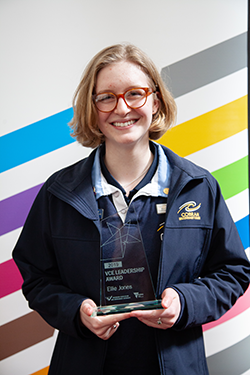 Among her myriad of achievements, Ellie has been a recipient of the JT Rossiter Citizenship Award for the Berrigan Shire, as well as the University of Melbourne’s Kwong Lee Dow Scholarship. She has a passion for student advocacy and youth voice, encouraging young people in her local area to speak up and be involved in the direction of their community. As a Country Education Partnership (CEP) Rural Youth Ambassador, she has been enthusiastically involved in the expansion of Rural Inspire, which provides funds to foster local youth educational opportunities.

Ellie has also been instrumental in securing vital funding for the Cobram Community Cinema Project, in order to restore a treasured local landmark. She previously attended the Global Young Leaders Conference in the United States and participated in the Victorian Education State Student Advisory Group. Another of her projects is the School Climate Change Walk Out event, in which she takes a leadership role as a member of the Student Representative Council.

Ellie has described her nomination as a humbling experience.

“It is nice to have the recognition for being a leader, but that is not what I am motivated by,” she said.

“A lot of my leadership is about making sure everyone else can grow with me and that it is not just one person leading from the front but (that you) pull everyone up from the front with you.”

“I believe that effective leaders are able to collectively build a vision and consult with members of the team, in order to effectively plan for change. This allows the team to draw upon a range of strengths and ideas, ensuring collective ownership of the project and a much greater chance of success.” — Ellie Jones 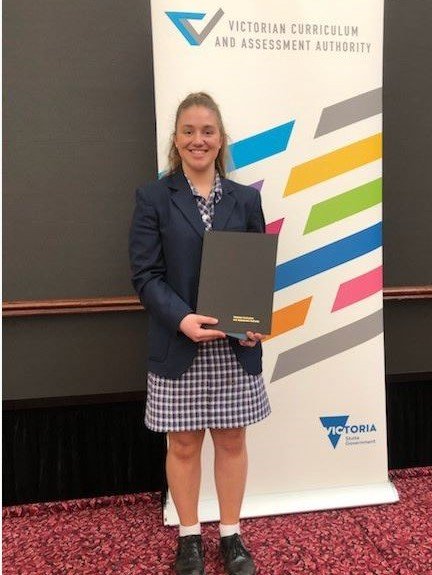 Sophie-Kate was nominated by teacher, Marg Nurske, who was particularly impressed by Sophie’s direction and headship in her role as a Student Representative Councillor.

Sophie-Kate has organised several fundraising activities to support members of her local community, including drought-stricken farmers in south-west Victoria. She initiated a fundraiser for the Buy A Bale campaign, which donated hay to Rural Aid, and also drove ‘Blue for Ben Day’, to help purchase a seizure alert dog for a local boy with a disability.

Sophie-Kate has been an active leader in several Student Representative Council events and activities. She encouraged her school to hold a fundraiser to restore a retired W-class Melbourne tram and also volunteered for the Good Friday Appeal, Terang College’s Biggest Morning Tea, and at the May Noonan Aged Care Facility in Terang.

She is also an accomplished equestrienne, having competed in several national competitions, with her elite skills recognised in 2016, when she was awarded the Australian Government Sports Achievement Award.

“The great leaders that I admire are all willing to listen and willing to accept new ideas, while encouraging and being accepting of others. While I still have so much to learn about leadership, I try to implement these ideals as much as possible.” — Sophie-Kate Shaw