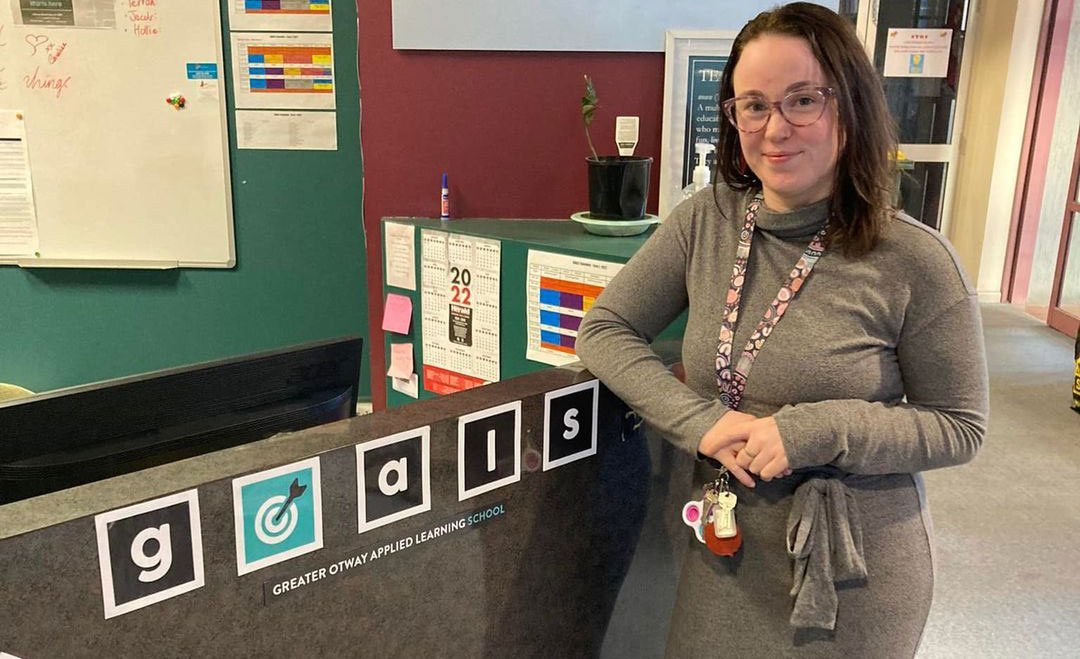 12 years ago Rebecca McKenzie was selected to participate in a brand new initiative called the Rural Youth Ambassador program. With little knowledge about the program after being nominated by her teachers to participate Rebecca showed up alongside 13 other students that had been selected. None of them suspected the lifelong connections they would make from the program or the impact it would have on their lives and careers.

As a year 11 student from a river based town in rural Victoria, Rebecca McKenzie had a lot of ideas about how her community could operate differently. She was passionate about improving student aspiration, expanding well-being supports for young people and eager to be a part of progress within her community. Part of a very small secondary school cohort, Rebecca felt like she was a lone voice and had difficulty finding like-minded individuals.

Not long after commencing her year 11 studies, Rebecca was nominated by her school to be part of the 2011 Rural Youth Ambassador (RYA) program. “I think we all remember the fear that we turned up with on that first day, most of us had been dobbed in by our schools. Thirteen of us just showed up in the middle of South West Victoria and met Phil Brown and Gary Allen who just said ‘ Right, you guys are presenting to a room full of principals and teachers tomorrow’.

We were just told to introduce ourselves and get going. We had just one day, from about 10am to 6pm, to discuss the pressing issues and what common ground we can find”. Rebecca and her group presented the following day and interspersed themselves amongst a room full of rural education leaders.

“I wouldn’t change anything about that first forum, as the momentum it created really drove the program. Well maybe I would change the part about Phil throwing us straight under the bus, but that’s just Phil. We all got more confident with Phil as we went on. In the beginning we saw him as the holder of knowledge and we were just going to do what he said. By our final conference and get together we were saying, ‘Shut up Phil we all know what we are doing.’”

Rebecca said she gained a lot of confidence through the Rural Youth Ambassador program, due to being part of a group of like-minded young people, many of whom she is still friends with today. Rebecca’s group are now spread all over Victoria and as a collective are continuing to make a difference.

Rebecca said her pathway into education post schooling was inspired by both the RYA and also support from a Youth Leader. After graduating University, Rebecca’s first role was combining Kinder teaching and Early Childhood teaching. Rebecca believes her persistent voice was a main part of the reason she ended up in management and leadership roles.

Rebecca has always had a passion for the area of well-being. Whilst she didn’t pursue a career as a psychologist she believes those principles really underpin a lot of the work she does now.

Phil Brown was CEO of the Country Education Program from 2003 – 2021 and has led the Rural Ambassador Program since its inception. Gary Allen is a former chair of CEP and is widely regarded as the individual who came up with the idea of RYA.