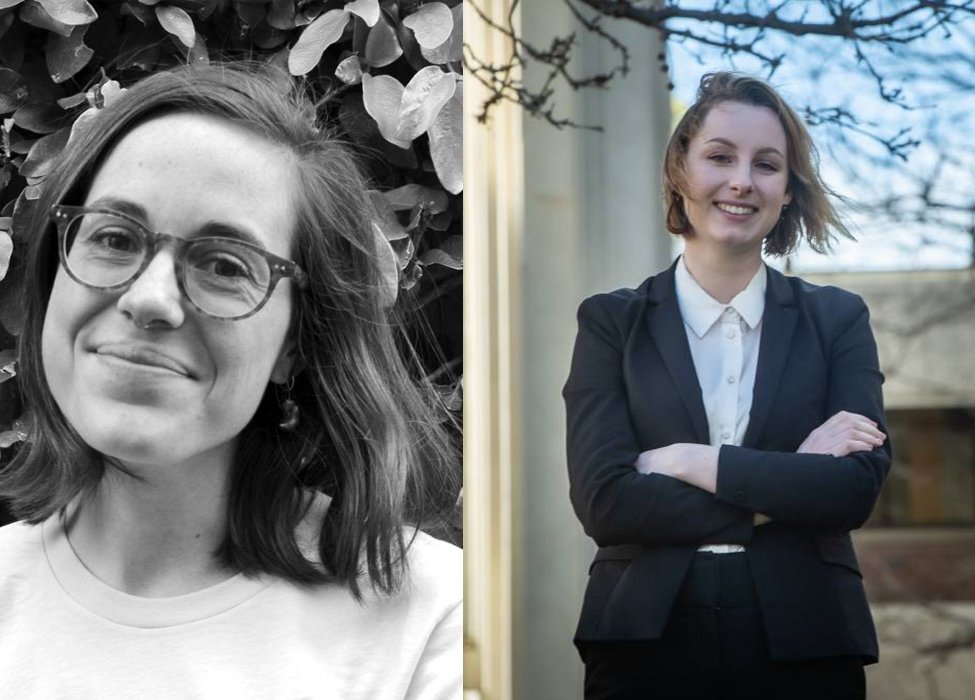 Lauren Cain and Sinead Allen both graduated from Mirboo North Secondary College in 2012. Both Lauren and Sinead are Alumni of the Rural Youth Ambassador program, having participated in the inaugural year of the initiative back in 2011.

They have since been on their own pathways to success, Lauren as a Biosecrutiy Officer and Sinead as a founder of a unique pro-bono parole program for female detainees in the ACT.

Since her time as a Rural Youth Ambassador, Lauren has worked with Zoos Victoria, has been a seasonal firefighter, studied at a postgraduate level and spent time overseas. Now, Lauren is a Biosecurity Officer with Agriculture Victoria in the Plants, Chemicals and Invasives team in South West Victoria.

After graduating high school in 2012, Lauren went straight to university to complete a Bachelor of Science, majoring in zoology, at Melbourne University.

Lauren made a return to the Rural Youth Ambassador program as an intern, assisting Phil Brown in his delivery of the program in Victoria. After completing her undergraduate studies Lauren also joined the Green Army project for six months.

Lauren, after saving enough money, travelled around Europe for 8 weeks, before returning to Australia to complete postgraduate studies. While completing her Masters of Environment, Lauren worked with Zoos Victoria for six months. She then got a seasonal firefighting job with Parks Victoria.

For the next three years Lauren would spend six months of the year in Melbourne, and six months in South Gippsland on the fire crew.

‘My daily works would involve working in Parks and Department of Environment, Land and Water and Planning (DELWP) land around South Gippy. I also worked with the crews who were based down in the Prom and in Wonthaggi.’

Although based in South Gippsland, Lauren and her crew covered a wide range of land.

‘Within our fire district we also worked with DELWP crews from Erica and Noojee. But if there was a fire we could be sent anywhere in Victoria and interstate if needed. So I spent a lot of time in east gippsland last summer.’

‘It was a challenging summer, there was a lot of fire very early on. But it also presented lots of opportunities to work with the crews in east gippsland and international crews. I also got to help out with the rehab after the fires so that was very rewarding. I think it will be hard not having a fire role this summer, knowing my crew will be out there.’

Lauren Cain working as a seasonal firefighter with Parks Victoria.

Lauren finished her Masters at the end of 2019, continuing with Parks Vic until mid 2020. She then began her new role with Agriculture Victoria, moving to western Victoria just a few days before starting.

While the role is different from anything she has done before, Lauren is really enjoying her new position.

‘I’m being trained as an authorised officer because a lot of what a biosecurity officer does is compliance work. There are a few projects we’re working on, both statewide projects and projects for our region. So rabbits and foxes are a statewide thing and in the southwest region pest plant species like serrated tussock are also a focus.’

‘My daily work is assisting with inspections of properties for pest species and then all the paperwork that surrounds that. There’s also been an avian flu outbreak happening so people from our team have been called to assist with that, so I get to do emergency response, just in a different way.’

While Lauren has had a broad range of work and living experiences, she wants to eventually return to South Gippsland.

‘After living in Melbourne on and off for 6 years I can say that I don’t want to live in Melbourne for the long term and want to return to my community in South Gippsland.’

‘Looking back I think it confirmed for me that I want to be working and living in a rural community and engaging with that community. I also think it made me more engaged and more willing to speak to young people so they can be engaged and inspired too.’

‘Even though I’m currently even further away from South Gippsland, my goal is to one day move back and work in a full-time job with Parks Victoria or something similar.’

Since being a Rural Youth Ambassador in 2011, Sinead has studied, lived and worked overseas and, after studying law, has initiated a pro-bono parole program in the ACT.

Sinead graduated from Mirboo North Secondary in 2011, and went straight into higher education.  She studied a Bachelor of Arts at the University of Melbourne, majoring in Politics and International Studies, with a minor in International Development.

‘I was lucky to have a close group of friends from high school who were doing the same and we moved straight into a sharehouse together, which made the transition much easier!’

After graduating in 2015, Sinead moved to Dublin and worked as an administrative assistant at an architectural firm for a year. She then spent some time travelling around Europe, and eventually returned to Australia to complete her postgraduate studies.

In 2017, Sinead was accepted into the Juris Doctor program at the Australian National University in Canberra. She graduated at the end of 2019, and was admitted to practice as a lawyer in August 2020.

Whilst completing her postgraduate studies Sinead initiated a pro-bono parole program for women in the ACT.

‘The McKenna Taylor Women’s Pro-Bono Parole Program provides free legal advice to all female detainees inside the ACT prison system, in relation to their parole applications.’

‘In my last semester of university, I had the opportunity to go into a prison with a small group of students to deliver a series of legal education sessions about issues relevant to prisoners, including parole. We were placed with the women’s cohort. During this process, I became aware of how vulnerable women in prison are, and just how difficult it can be for them to go through the parole process alone.’

‘For most prisoners, being granted parole can mean getting released from custody months, or even years earlier than they might otherwise. Unfortunately, Legal Aid does not currently provide funding for legal representation at parole hearings in the ACT, which means that most prisoners have to appear self-represented.’ 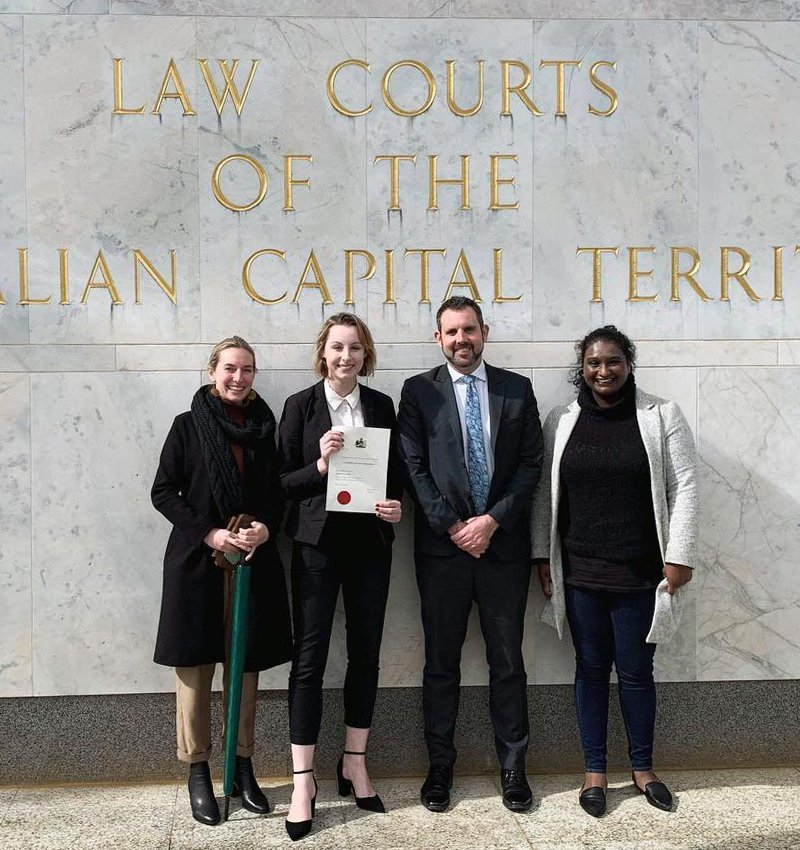 ‘I happened to also be working at a criminal defence firm, where the lawyers would often run parole hearings for private clients. The partners had previously expressed an interest in doing more pro-bono work, so I approached them with the idea for the program and they were on board straight away! The program has been up and running for about six months and so far, we have 11 women referred to the program.’

Sinead acknowledges her time as a Rural Youth Ambassador as an important experience.