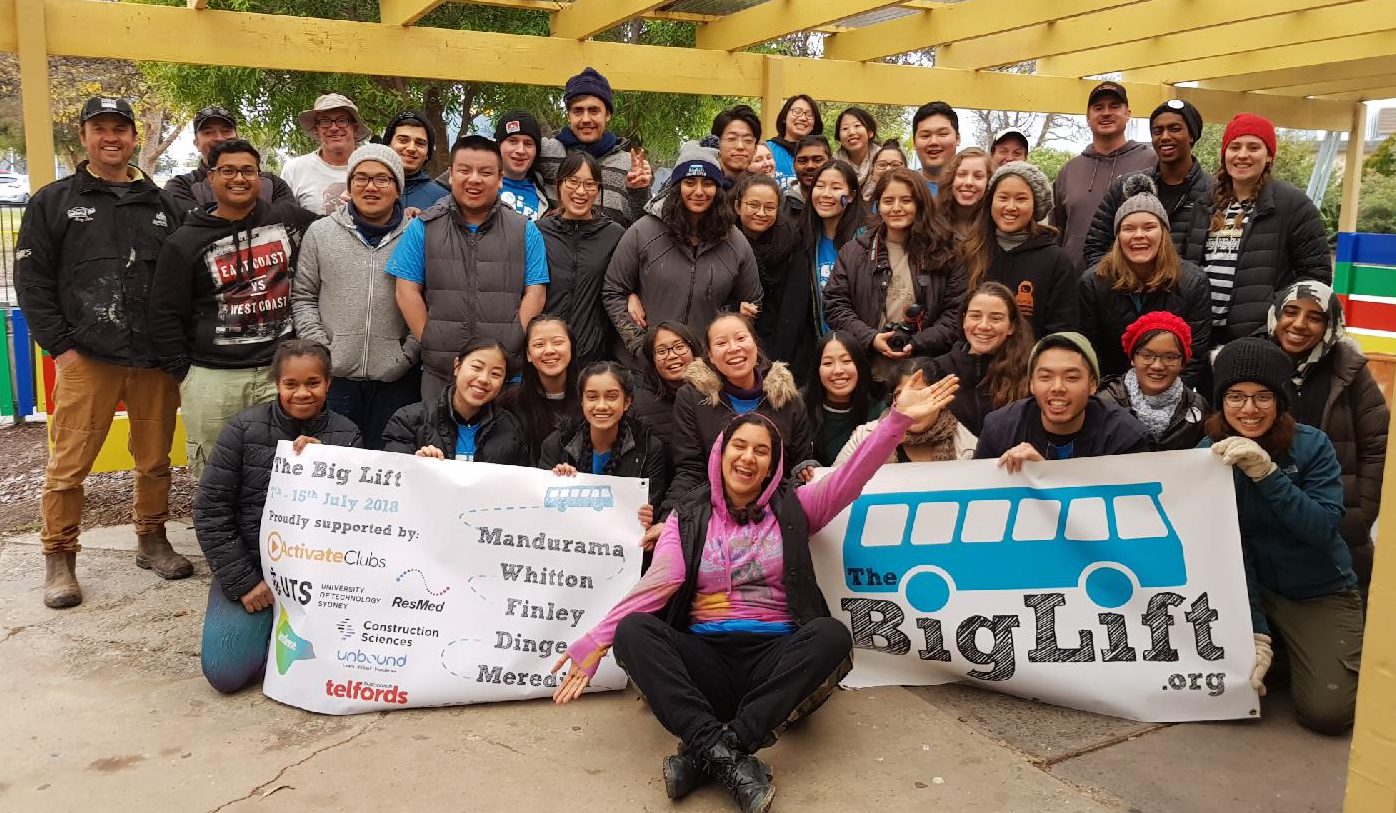 From the bright lights of Sydney to the tiny town of Dingee; a team of dedicated university students has made its mark in Central Victoria as part of a quest to ‘pay it forward’.

The concept: to escape city life and head bush on a big bus, helping a string of small schools dotted between Sydney and Melbourne.

They call it The Big Lift.

And all they ask is for a place to sleep and some food to eat in exchange for a day of volunteering in whatever capacity the school community sees fit.

In Dingee it was painting, with 40 happy helpers rolling up their sleeves to refurbish the school’s façade on July 11.

East Loddon P-12 Principal Steve Leed said at first he thought it was too good to be true.

“I admit I did my research because when I received that initial email saying a horde of uni students wanted to come to our school and volunteer, I was a bit sceptical,” Mr Leed said.

“But what we’ve encountered has been nothing short of amazing.

“They arrived last night and we put on a lamb spit with lots of salads … you know, your typical barbecue, and then today they’ve jumped straight in and painted the school, essentially achieving in four hours what would have taken us four months.”

She says the experience is incredibly uplifting but also indelibly educational for the volunteers from the University of Technology Sydney (UTS).

“It really is something special and it has grown purely by word of mouth, like, when I first took part it was just from a friend saying ‘get involved with The Big Lift, it’s definitely something you want to do while you’re at uni’,” she said.

“I think it’s so special because of the people we meet; country people are so genuine and we can see how much our little bit of work means to them.

“We have so much fun at each school and on the bus while travelling but we also learn a great deal about rural communities.”

Studying a Master of Not for Profit Management, she says The Big Lift’s goal to ‘pay it forward’ was right up her alley.

“We’ve done so many different things at different schools; painting, fencing, vegetation, we built a greenhouse yesterday and we’ve even done a talent show — anything and everything, we will give it a go,” she said.

“It is incredibly gratifying; the appreciation that they show is so sincere and it’s a wonderful feeling for us because we’re happy to be there and we’re happy to help.”

Since then, UTS volunteers have rolled into 50 regional and rural towns across New South Wales and Victoria.