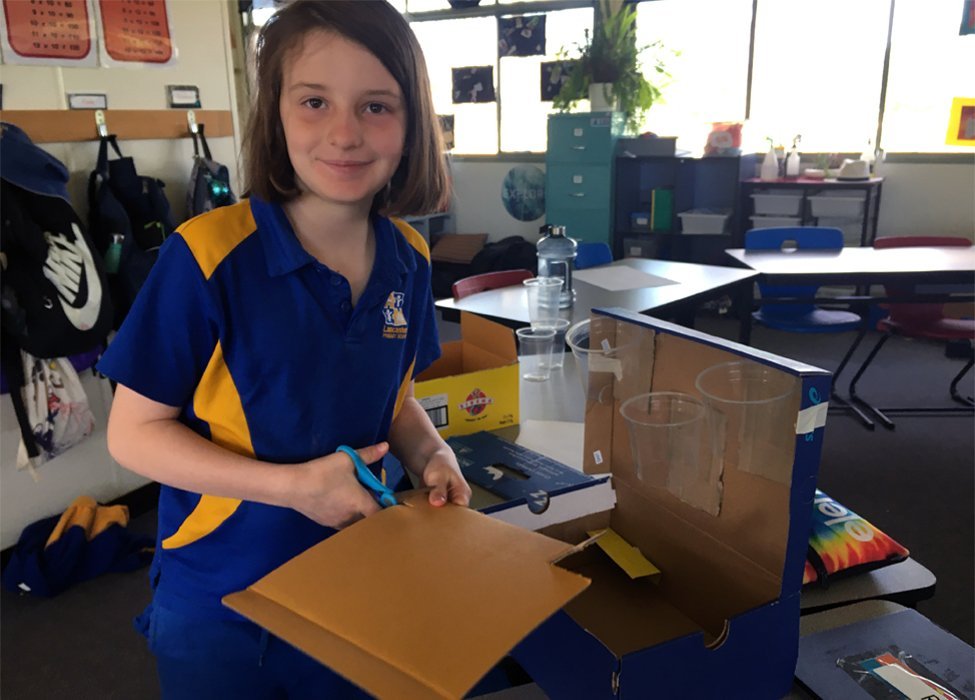 A recycling project is winning over students at a small school in the Goulburn Valley, reviving the art of creating something from nothing.

Lancaster Primary, near Kyabram, introduced the project upon return from home schooling, as a way to encourage students to ‘think outside the box’ and create their own fun.

Educator, Belinda Turpin, says the idea was born from an educational video clip on YouTube.

The clip, which has now been viewed more than nine million times, tells the story of a young boy’s ambition to launch his own game arcade using cardboard boxes.

‘It’s called Caine’s Arcade and, truly, it was so inspirational to watch, I’d recommend it to any teacher looking to encourage a similar project,’ Ms Turpin says.

‘From that one video, I decided we could essentially replicate Caine’s concept, helping to address the issues of boredom that we’d heard so much about from our kids during homeschooling,’ she says.

‘I wanted to start something that would be fun and engaging, but also something that was completely accessible and achievable for all of our students, which Cain’s Arcade definitely is.’

The project is remarkably simple in its requirements: find an everyday object – some ‘waste’, like a cardboard box — and turn it into something fun.

But you must do it ‘the Caine way’ — that is to say; do it big, bold, and super-awesome-creative.

‘It has been very rewarding getting the kids to look at things that are so basic and so “boring”, and then working together to turn them into something entertaining,’ Ms Turpin says.

‘For us, as a school, we believe it’s important to show our students ways they can embrace recycling, particularly because there are so many single-use items that we use everyday in school,’ she says.

‘But we also wanted to encourage our students to be creative and to use their imaginations –you know, stop looking for things to be entertained by and start finding ways to create entertainment.’ 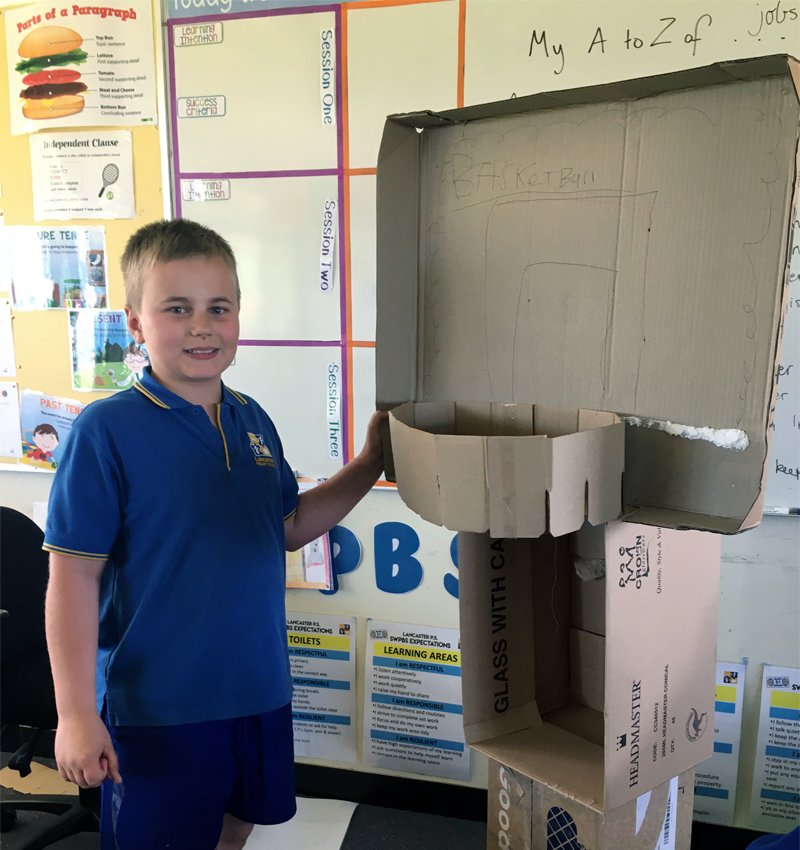 So far, the students have been working with cardboard boxes, cardboard rolls, bottle caps and a lot of glue and sticky-tape to build their very own Lancaster Primary Infinity Arcade.

They’ve been working in partnerships to bring their ideas to life and have even had to achieve a “planning permit” for their arcade games, as a way to demonstrate the designs behind their concepts.

‘This means they had to have a detailed plan of how they would construct their arcade game, how they would go about it all, and the ideas they’ve presented have been ingenious,’ Ms Turpin says. 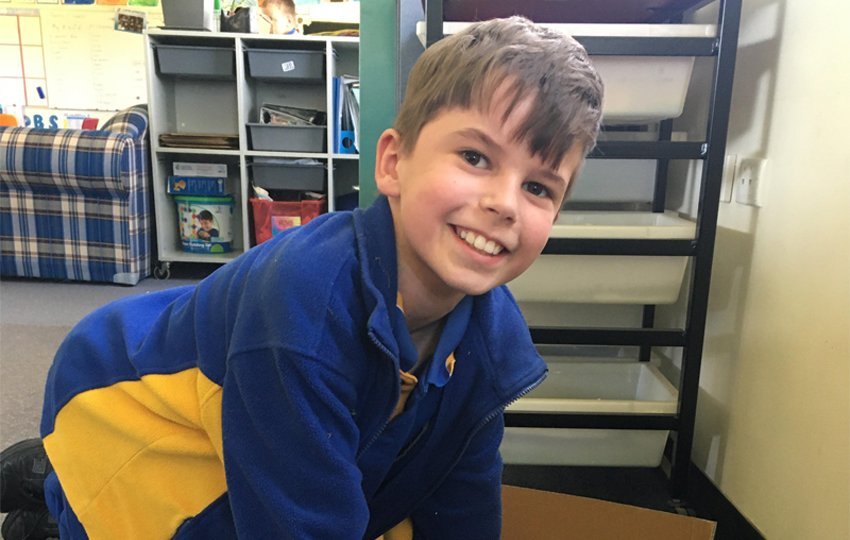 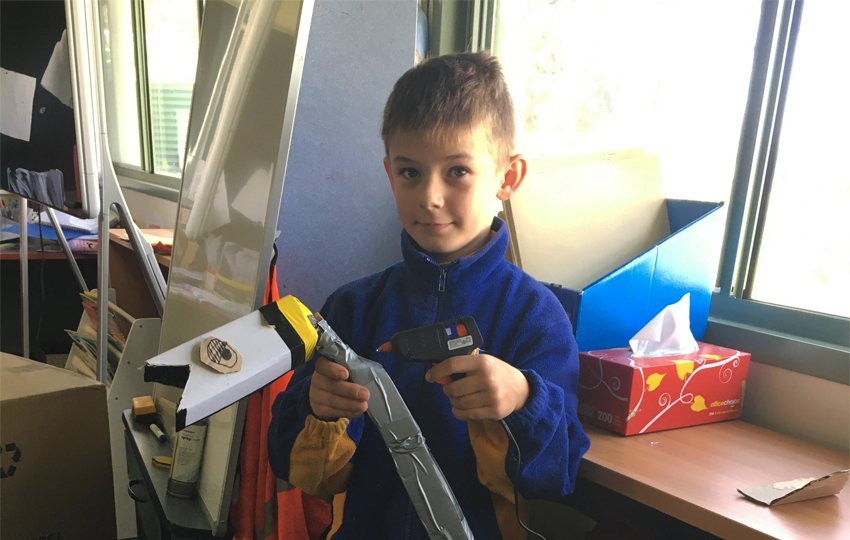 A student showing off his creation. Image: Lancaster Primary

‘Some of the ideas have been quite a bit larger than what I had anticipated but we’ve embraced it – it’s all part of the learning process,’ she says.

‘The response from the students has been overwhelmingly positive; they’re hitting learning objectives and they’re having great fun while doing it.”

The Lancaster Infinity Arcade is evolving each week and will be presented to the school community at the end of term.