From Nathalia to the World … 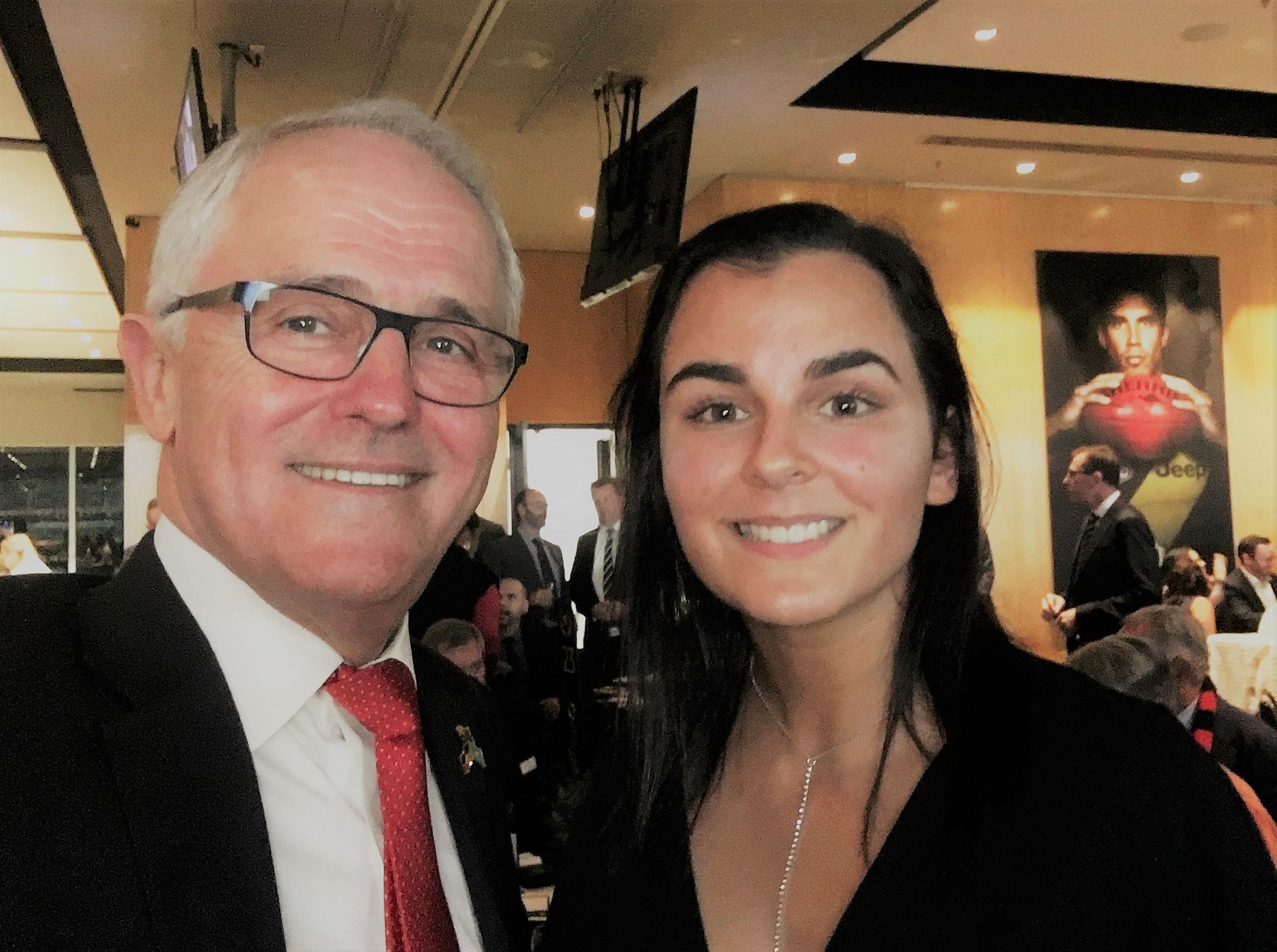 It’s absolutely a goal of mine, to get back and be a rural teacher … ” — Dana McDonald

“I was privileged to deliver a speech at The Dreamtime at the ‘G AFL President’s Function in 2017, where I also got to share stories with the Prime Minister.”

Dana McDonald is one determined country kid living in the big smoke.

At just 18-years-old, she is employed by the Melbourne University Law School as an administrative support officer.

In her own words, she spends her days “just assisting staff and students” but in the process enjoys being “academically challenged”.

Raised in the small town of Nathalia, about thirty minutes north-west of Shepparton, Dana is fiercely proud of her rural upbringing and indigenous heritage.

And it is with these two foundations at heart that she has embarked on her own, unique path to tertiary education with an eventual goal of becoming a rural teacher.

“I’ve always had a bit of an issue with the way students are pushed so hard in year 12, worrying about their ATAR and then the pressure to immediately head off to university to study,” she said.

“I think there should be less emphasis on getting a degree, getting that piece of paper, and more on getting life experience.

“Yes, I want to eventually become a teacher, which requires that degree, but there is so much to be gained working in the law school so that’s my focus right now.”

When she does eventually get “that degree”, Dana dreams of returning to the country where she can help bridge the gap between indigenous and non-indigenous education outcomes and, equally, help strengthen the aspirations of all rural students.

“It’s absolutely a goal of mine, to get back and be a rural teacher so I can do my bit to bridge the gap for indigenous students and help inspire all kids in towns like Nathalia – to empower them to do well at school but also just to do well as people,” she said.

“I’d say to them (students) that yes, you absolutely want to do well at school and you want to get the best results possible, but life isn’t all about textbooks and there are many measures of success.”

Reflecting on her education at Nathalia’s St Mary of the Angels Secondary College, Dana said one of her own measures of success was her time as a Rural Youth Ambassador through the Country Education Partnership (CEP).

“I guess you’d say I was bright – I wasn’t top of the class — but I did well at school and then when CEP and Rural Youth Ambassadors came along, I became the best version of myself,” she said.

“It pushed my passion for indigenous education and it really shaped my life goal to work in a rural school.

“Hopefully, when that day comes and I’m back in the country teaching, I’ll be able to empower students just as CEP empowered me.”