Energy Breakthrough … in More Ways than One. 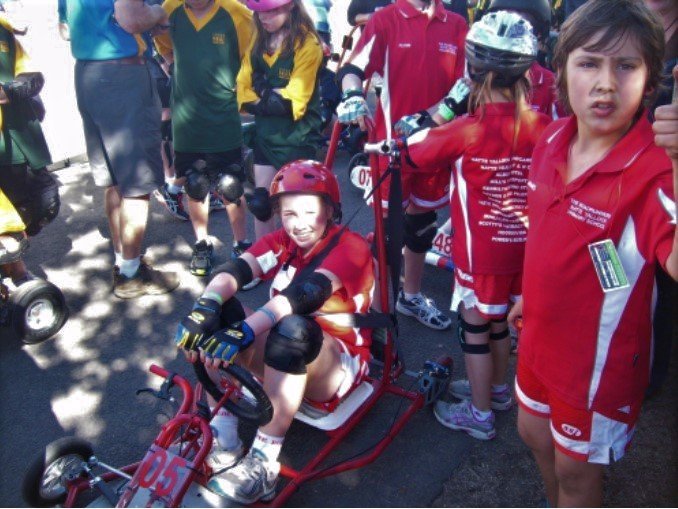 It’s hard to believe but the first half of the school year is almost done, and with the shift into Term Three comes a shift of gears for the annual Energy Breakthrough Challenge.

For competing schools, the level of planning, practice and perfection takes a leap, as each team attempts to design and refine its competitive edge.

The hours of preparation continue to mount — for the students, teachers, parents and local industry it truly is a labour of love and spirited competition.

In 2018, the Breakthrough will mark its 28th running and so to celebrate, we’ve pulled together a brief insight into the vital role it has played in some of Victoria’s smallest rural schools.

Located amongst the Pyrenees Ranges of Central Victoria, seven small schools have long joined forces to combat the challenge of falling enrolments and declining student aspiration.

Like so many rural institutions, they’ve been impacted by an aging population and a steady shift of younger families to larger regional centres.

They know all too well the challenges of trying to provide a broad curriculum, particularly in STEM subjects, when operating with limited staffing and restricted funding.

But through their shared determination to survive and thrive, the seven schools united and created the Pyrenees Education Cluster … and they’ve never looked back.

Admittedly, it’s taken a mountain of work and a plethora of persistence, but the concept has become an educational mainstay; producing a marked increase in student participation and subject engagement.

Natte Yallock Principal Lloyd Kennedy says, as the cluster continues to grow in strength, so too does its appreciation of the Energy Breakthrough, which has become a key component in the schools’ establishment of a vibrant STEM curriculum.

“It was back in 2011 that our school was very keen to introduce an enhanced science and technology program, designed to promote lots of ‘hands-on’ experiences,” My Kennedy said.

“In that year, students designed and built our first push-cart to be entered into the Energy Breakthrough … and the response was resoundingly positive,” he said.

“(Our entries) over the next two years won five awards and our students were absolutely thrilled to be able to compete successfully against schools with 10 times the student population.”

Since then, all seven schools in the cluster have become involved in the Energy Breakthrough and Mr Kennedy says their collective school pride has flourished.

“The Breakthrough has given students the opportunity to develop their appreciation of sustainability, engineering, technology, physical fitness, research … and, of course, the core areas of science, maths and English,” he said.

“For science, especially, it is incredible; physical science has always been a difficult part of the curriculum to make relevant to students but not anymore.

“Exposure to the high-level science concepts, required to participate in the Breakthrough, have stimulated capable children to extend their learning well beyond their normal primary school curriculum.”

The 2018 Energy Breakthrough begins on November 22.

For further Breakthrough insight from the Pyrenees Cluster, hit this LINK