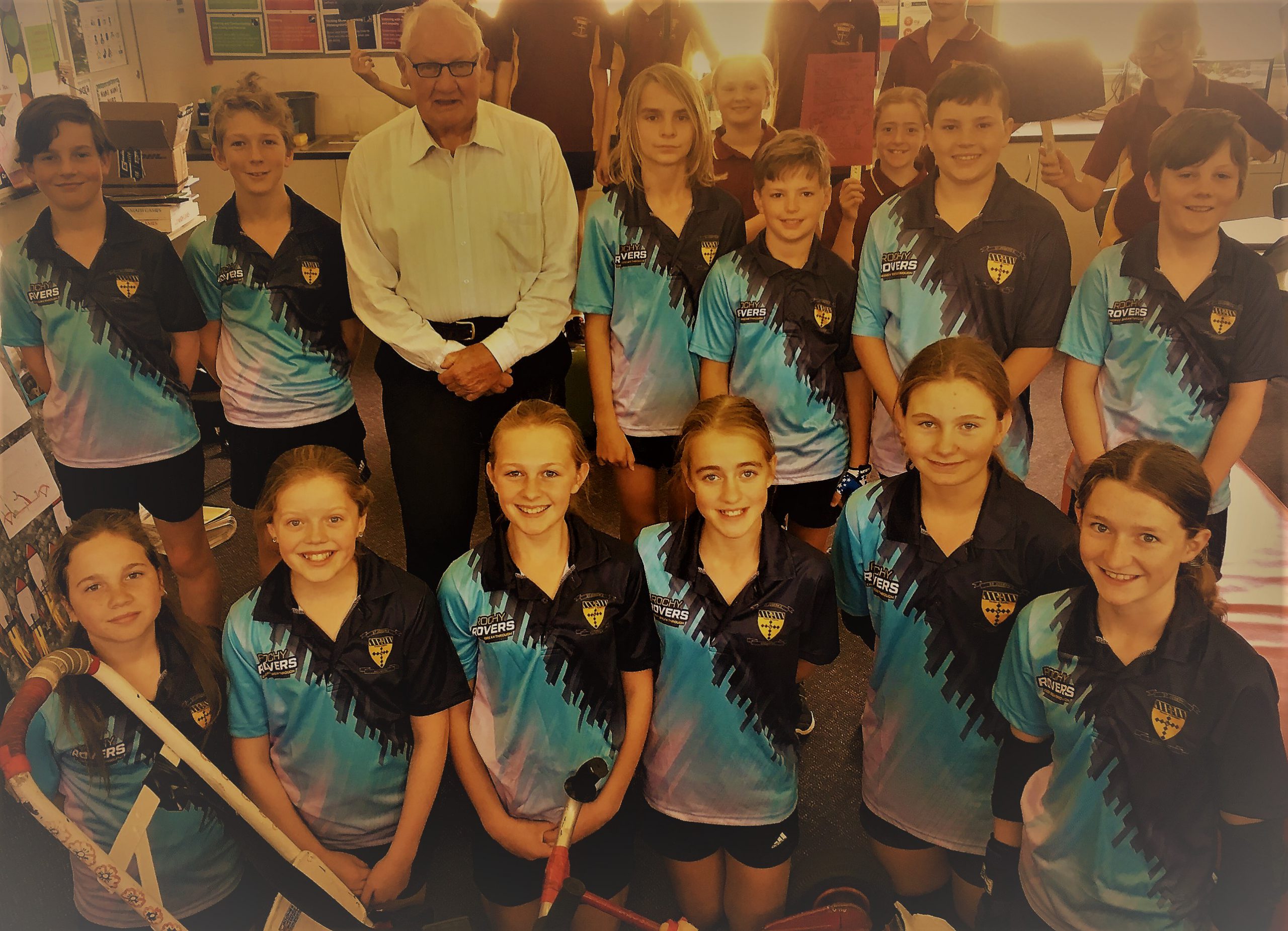 If you had visited St Joseph’s Primary in Rochester on Tuesday, you’d have witnessed something special.

It was a hive of activity and a hotbed of excitement as the students gathered by the school’s front gate, waiting patiently for someone or something to arrive.

“The news is coming,” they chanted.

“And they’re coming to do a story on our Energy Breakthrough team.”

Amongst all the young, eager faces sat 86-year-old Ronnie Williams.

He smiled at the children and, from time to time, gently reminded them to ‘quieten down’ …  ‘at least just a tad’.

Indeed, the kids listened to everything Ronnie had to say; they laughed at his jokes and they hung on his words.

It seemed this jovial gentleman was some kind of King of the Kids and, according to teacher, Peter Shorthouse, that was a fair description.

“Ronnie has lots of little sayings and the kids lap them up,” he said.

“There’s something truly special about the way he connects with them, and the way they respond to what he says.

“Ronnie has been nothing short of incredible for this school and he does it all for the love of the children and the love of this town.”

It turns out, Ronnie is the St Joseph’s Primary School Coach / Legend / Grandfather and Competitive Edge in the domain of Energy Breakthrough.

And he’s been in the role for more than a decade.

It all started back when his own grandchildren attended St Joey’s and, though they eventually moved on, Ronnie stuck around.

Since his induction, Ronnie has diligently attended the school to work with each Energy Breakthrough team from the start of June through until competition time in November.

Training is at lunch time — twice a week, every week.

It requires sacrifice from all involved, but they do it with a sense of honour.

After all, it’s a big deal to be selected in the school’s Energy Breakthrough Squad — it’s something the junior kids aspire to and the senior kids relish.

Just like their idol, the children of St Joey’s are highly competitive and particularly committed to their tilt at the 2019 Energy Breakthrough Pushcart Title.

When ‘the news’ turned up, it was a crew from Nine News Bendigo, including a journalist named Jesse who’d only been in the job for about two weeks.

Jesse admitted he was “very fresh” and still learning the ropes.

The children flocked to him, the camera and the microphone, all eager to get their moment in the limelight.

But then, just as swiftly, they transitioned into competition mode, proudly showing off how they’ll compete — and hopefully win — in Maryborough.

As they rounded their practice track, time and again, it became very evident that the St Joey’s kids had made quite an impression on ‘Journo Jesse’, and ‘Cameraman Dan’.

They each remarked at the maturity and professionalism of the kids.

Which brings us back to Ronnie.

Journo Jesse and Cameraman Dan soon realised the significance of the elderly gentleman standing up the back — the King of the Kids who was keen to chat.

They promptly interviewed him and learned just how much time and effort goes into the school’s EB Program.

There’s the volunteer labour and donated supplies from the township, the fundraising, the sponsorship and, though he won’t admit it, there’s the loyalty of Ronnie underpinning it all.

Through him, the whole town of Rochester has come to appreciate the significance of Energy Breakthrough and what it means to the kids at St Joey’s.

To Ronnie, “it’s all about the kids and nothing about me”.

“Well, it’s just lots of fun, so of course I want to be involved,” he said.

” I spent 30-odd years doing speedway when I was younger, so that gave me a natural interest in the whole Energy Breakthrough concept.

“But it has become so much more than that — it gives the kids confidence, it teaches them about driving safety, it improves their communication, it makes them better team players and it makes them happy.”

And that makes Ronnie proud.

** Energy Breakthrough runs in Maryborough next week, involving 150 schools from across the state.
** See the Nine News video clip below 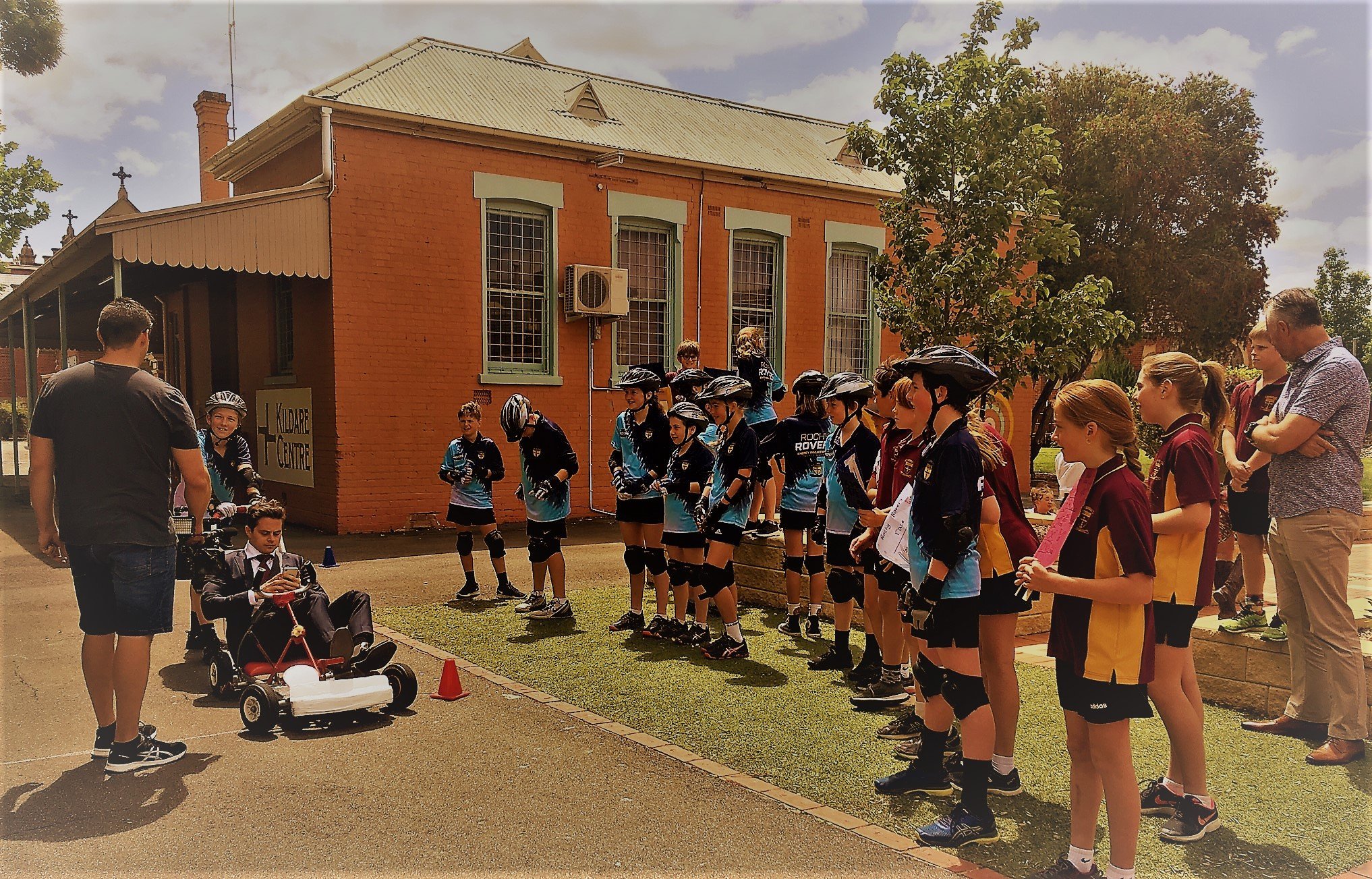