The Chat: Catching up with Rural Ambassador Alumni 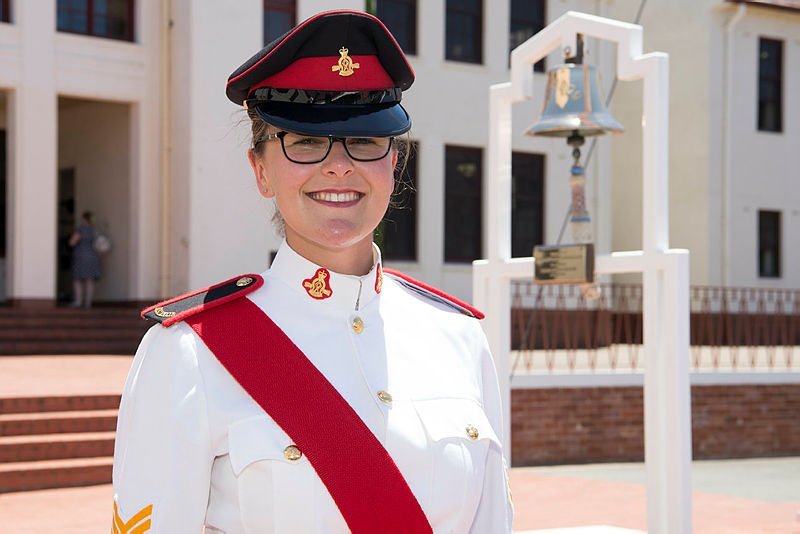 Anna Thomas: Paving Her Own Path to Success

At 22-years-old, Anna Thomas says she’s confident she’s embarked on a prosperous career as an Officer in the Royal Australian Army.

Stationed at Townsville, in Northern Queensland, her days are spent commanding a squad of 30 men and women – many of whom are more senior in age.

But, in her own words, she thrives equally on the challenge of her rank and the comradery of defence life because “success in the army is about building rapport and mutual respect”.

But, still, you have to wonder how this journey all began for a “fumbling teenager” from the remote town of Murrayville, near the border of Victoria and South Australia?

And what was it that drove the then 18-year-old to move all the way to Canberra to attend the Australian Defence Force Academy, when most in her graduating class (of nine pupils) headed for their nearest university in Adelaide?

“Well, to be honest, I was looking online for scholarships to support me through university when I stumbled upon this; a way to become an army officer while getting an education and I thought, ‘my goodness, what a program’,” Anna says.

“It was tailored very much to my personality, in that I had done a lot of leadership stuff in my community and obviously through CEP (Country Education Partnership), which opened my eyes to life outside a small town and so I thought, ‘maybe I can do this’.

“(Arriving at the Academy) I was put in my place because, you know, ‘you’ve joined the army’, and you’ve got to listen to all the rank – I was this fumbling 18-year-old who just wanted to study and try something new … but, my goodness, am I now glad I took the challenge.”

It wasn’t easy being so far from home – and it still isn’t — but the pace of defence life keeps the mind busy, according to Anna.

“On top of studying full-time I was doing my army training and then last year was a dedicated 12 months of army and officer training at the Royal Military College at Duntroon,” she says.

“There is physical training every day – usually an hour or two – and that’s before you start your study. Then when you do start study for the day, you spend any spare periods in officer training and you learn, for example, how to manage personnel issues, or policies and procedures behind reporting, or how to write a document to military standard.

“And then, at every university break when my friends would go home and find part-time work, I’d be sent for field training – so I did miss home immensely but I also was too busy to contemplate it much.”

The daughter of a farmer, Anna is immensely proud of her country upbringing and accredits it for her successful foundation in the army.

While she acknowledges the tyrannies of distance and isolation as genuine challenges for things like education, she firmly believes the benefits of being a country kid far outweigh the drawbacks.

“To me, being a country kid is to be resourceful, resilient and respectful,” she says.

“I know I am lucky to have had my eyes opened to life outside a small town – and that’s important – but at the same time it’s not about this mentality where you ‘have to get out of the town, you just have to escape, in order to be successful’.

“(My journey) was more about my community supporting me and saying, ‘Anna, you can do so much and we really want to see you get out there and do it’.”

*Anna Thomas is a 2012 Rural Youth Ambassador Alumni with the Country Education Partnership.