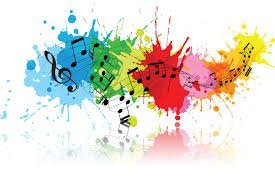 Apollo Bay P-12 College has recently received national recognition for their Music program, and as a result has had a big win in receiving $100, 000 to be injected into their music program thanks to Yamaha Music Australia.

Not only did they receive this generous amount of money, they will also gain the expertise of Dr Rob McWilliams who will provide some great professional learning for the staff, students and community, and will also have the pleasure of being entertained by Guy Sebastian at a local concert.

something that the Apollo Bay P-12 College music teacher, Sam Seabrook, knows all too well. With an enthusiastic and experienced leader at the helm, a grant application was submitted earlier this year with endorsement from the College principal.

With the selection panel readily able to identify a high level of commitment from the entire school community, a clear short, medium and long term vision, staffing and space resources and a willingness to partake in professional development on a regular basis, Apollo Bay P-12 College was announced as the national winner.

News of the win on March 31st was cause for celebration not only within the P-12 college community, but within the broader Apollo Bay district as well, with the news travelling fast on the local grapevine.

The prize encapsulates not only $90, 000 of Yamaha instruments for the school, but also three days of training with band expert Dr. Rob McWilliams and a launch concert within the community featuring none other than Guy Sebastian when the vast array of instruments will also be presented to the college.

Playing music exercises the brain, and we have observed on so many occasions how it helps students relax, and it helps with their social interactions. Playing music in a school band is also one of those beautiful times that we see our older students and younger ones interacting and learning from one another.

Having always been very proud of their music program for the Senior School (Years 7-12), Apollo Bay P-12 College expanded their program in 2014 and began teaching music as part of their curriculum to the Junior School (Years P-6). However, despite the delight and encouragement of students and school families, the lack of instruments and resources at times made delivering the music curriculum a challenging task.

Winding the clock forward, Mrs. Sam Seabrook and her family then arrived in Apollo Bay! A multi-instrumentalist who grew up playing both woodwind and brass instruments, Sam has a detailed knowledge of the workings of all concert band instruments. She has written extensively for beginner bands and is proficient at playing all of the band instruments. Sam also has 25 years of experience as a concert band and orchestral conductor.

Most of Sam’s professional career has been specialising in building up band programs, and as such, Apollo Bay college principal, Tiffany Holt immediately engaged her to begin teaching at the school. Having played host to a number of large school bands across Victoria as part of their band tours, the Apollo Bay students were ecstatic to think that they too could start playing an instrument and participate in a concert band- making the commitment to rehearse not only on school time but also after hours.

Sourcing a number of instruments second-hand via donation, Apollo Bay P-12 College still faced a dilemma with not enough instruments for the quantity of students who wanted to play them, in fact, of the 101 students enrolled in Years 3-6, most wanted to play in the band! On the look out for opportunities to assist in growing the music program in the school, Sam saw the Yamaha “Off to a Great Start” grant and decided to apply with an endorsement from college Principal, Tiffany Holt.

As they say, the rest is history.

On May 3rd, Guy Sebastian will be in town to assist in making the presentation of $90, 000 worth of instruments to the school at a community function… and with three days of student training with band expert, Dr. Rob McWilliams, Apollo Bay P-12 College should be well on it’s way to acquiring it’s musical dreams.