Being an Ambassador: Expect the Unexpected 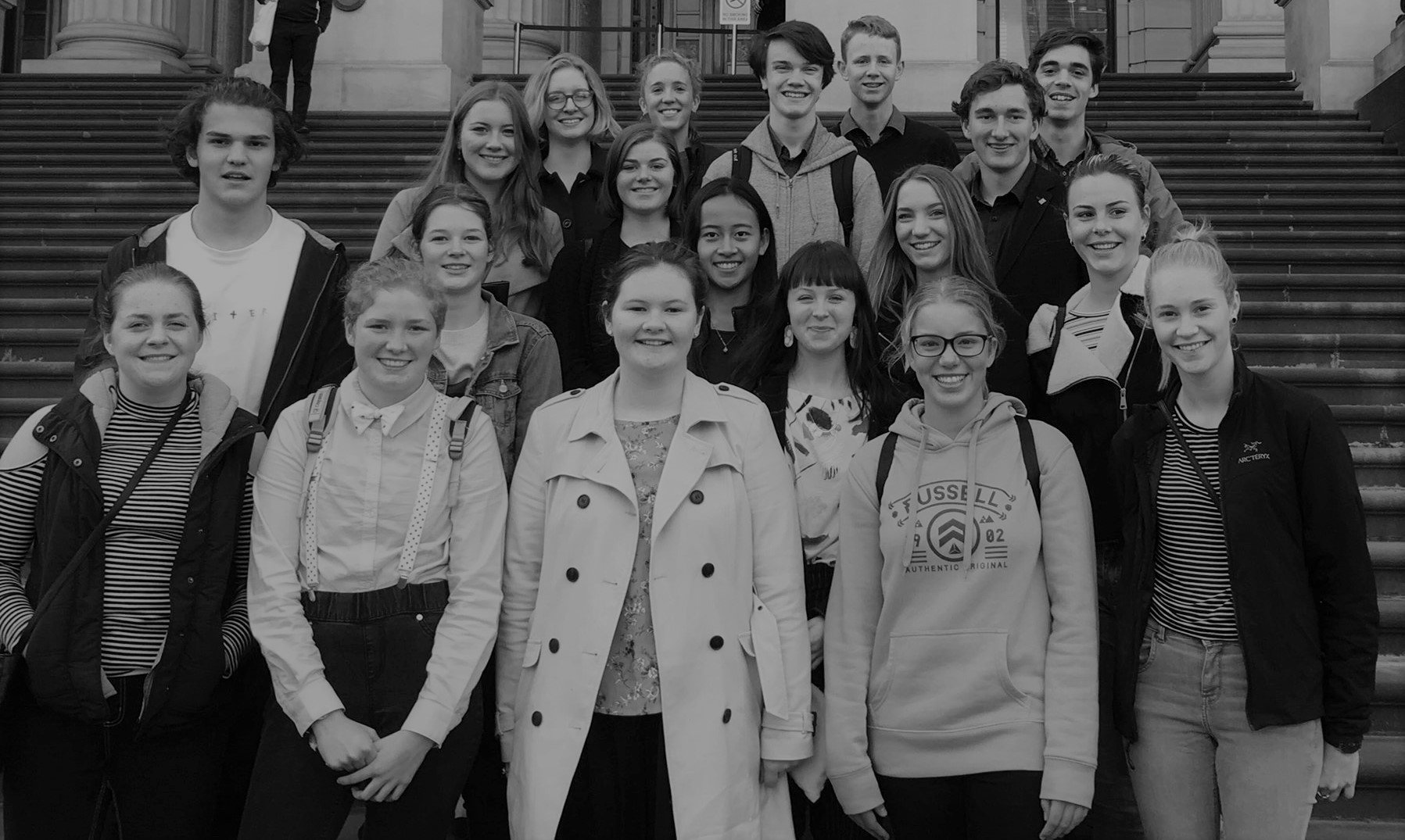 Settling into their roles as Victorian Rural Youth Ambassadors, 17-year-olds Breanna Johnson from Myrtleford in North East Victoria, and Kirsty Heintze from Murrayville in the Mallee, admit they had little expectation for the program.

In Kirsty’s words; “I thought it’d be just like school — just another classroom thing, listening to a teacher”.

But now the pair is excited.

They say what they’ve encountered is “anything but bland” and they’re eager to tell all about their induction into life as a Country Education Partnership (CEP) Rural Youth Ambassador.

What they expected was “another politician talking shop”.

What they got was an adult conversation about how they could drive the future direction of regional, rural and remote education.

“I was surprised at first — it wasn’t anything like I had prepared for in my head and I think that was the same for most of the Ambassadors,” Kirsty said.

“It was refreshing to feel like our opinions were actually being valued and then it was almost daunting to know we had the Education Minister genuinely listening to us and asking us our thoughts on the state of country education.”

For Breanna, the experience was equally remarkable.

“They actually treated us like young adults and made us think more broadly about our education and about our own goals in life,” she said.

“Heading down there we weren’t told anything about what we were getting into – I was flying blind – so it was such a surprise to get down there and genuinely have a say.”

What they shared reflected their experience of learning in a country school and the simple measures they’ve seen make a real difference.

They explored areas such as:

The girls may live on opposite sides of the state but their schools — Marian College and Murrayville Community College — are actively involved in Education Clusters with schools in their local regions.

“At my school, for example, we cluster with the state school down the road so that we can access more VCE subjects by sharing teachers and facilities and so on,” said Breanna.

“Without clustering our schools wouldn’t be able to offer the same breadth of subjects — it’s as simple as that — and that’s what we discussed in Melbourne, why clustering should be encouraged and supported by the Department (of Education).”

The Ambassadors have since been challenged by Education Department Secretary Gill Callister to devise a formal proposal of how they would implement clustering as a state program, with a particular emphasis on how technology can be used to broaden learning opportunities in country schools.

“It’s a great idea and we have begun discussing how we will go about it,” Kirsty said.

“I’m lucky because my school already does cluster-up but a lot of the other Ambassadors come from schools that don’t embrace clustering, and so I want them to experience it — I want to show them how much better off they can be.”